It happens all the time…from recreational sports all the way up to the professional level. We’re talking about scoring errors. They usually result in frustration and can escalate into heated confrontations. Sometimes these mistakes even alter the final outcome of a game. And guess what? It’s not just the officials who forget the score. Everyone forgets the score occasionally-even professional athletes and coaches. 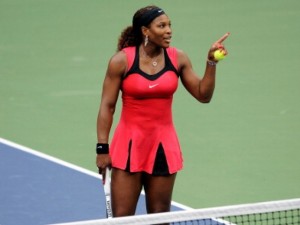 Serena Williams talking to the chair umpire at the US Open. Photo: Getty Images

In many opinions, tennis has the most umpire scoring errors of any sport. In 2004, as reported by The Telegraph, the Williams family felt they may have been victims of an umpiring conspiracy after both sisters lost following controversial scoring decisions that took place in two grand slam events. First, the chair umpire, made a mistake at Wimbledon costing Venus Williams the second tiebreaker that erroneously gave her opponent Karolina Sprem an extra point. Then, at the US Open, the chair umpire Mariana Alves denied Serena a point with an incorrect overrule. Neither sister blamed their eventual loss on the umpire’s mistake but still both were upset. Read the full article here.

Then there was tennis-star Andy Murray who lost track of his own score in a semi-final match against David Ferrer in the 2011 Australian Open. According to an AFP report, Murray thought he was serving 3-4 down, rather than 4-5, when he denied Ferrer a break with an impeccable serve. Murray was shocked when he realized Ferrer was just one point from taking the set. Murray later revealed that: “It hadn’t really happened to me that often before. But sometimes when you’re in the match, you sort of get in a bubble, in a zone. Normally you know exactly what the score is, but tonight I obviously didn’t.” See the report here. 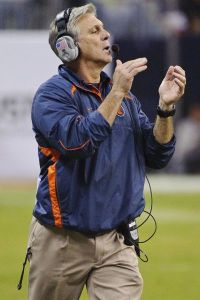 We also found this beauty from Rivals.com: Former University of Illinois football coach Ron Zook revealed his absent-mindedness to the public in a 2011 game against Indiana. Head-scratching ensued when Zook made a curious play-call. Illinois had scored a touchdown in the second quarter putting them up 20-13 but rather than going for the extra point to put them up by 8 points Zook decided to go for 2. Why? Apparently, he thought they were down by 5! In Zook’s own words: “Maybe I didn’t know what the score was. That’s happened to me before. It’s usually when we’re behind. [This will] give you something to pound us about.” Don’t believe us? See the details here.

So, next time you find yourself out on the playing field, court, or golf course and you’ve lost track of the score, don’t worry, you’re in good company. But when that blank-out moment does occur, try not to forget this: a ScoreBand would have gladly remembered your score for you for only $29.99!